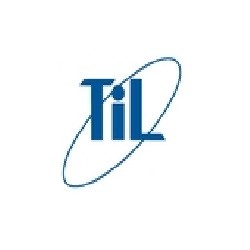 The AMS-6000 is a panel mount audio mode selector designed to enhance the functionality of Technisonic TDFM-600/6000 series, Project 25 capable, airborne FM transceivers. This panel mounted device allows for installation of the multi-band TDFM-600/6000 into aircraft with only a single audio controller position available. It also provides for enhanced operation of the TDFM-600/6000 series radios in installations where multiple audio controller positions are available. The AMS-6000 has two basic operating modes. These are "combined radio" and "separate radio" modes. When operated in the "combined radio" mode, the AMS-6000 combines the audio and key lines from the TDFM 600/6000 series transceiver and outputs them for delivery to a single position on an audio controller. In this mode, transceivers can only be operated one band at a time, however it does negate the requirement to occupy up to three positions on the aircrafts audio controller when installing the multi-band TDFM-600/6000 series radio. For Missions that require simultaneous operation on three bands, the AMS-6000 can be configured to operate in "separate radio" mode. In this mode, the AMS-6000 outputs separate sets of key lines and receive/transmit audio lines to support up to three separate audio controller positions. In the "separate radio" mode, transmitter selection is made by selecting the desired radio via the aircraft's audio controller. When the AMS-6000 is operated in either of the "combined radio" or "single radio" modes, the receive signal from each of the bands is annunciated by a receive LED on the AMS-6000 front panel. In the "single radio " mode, the transmit selection/indication functions for each band are enabled by push buttons on the face panel of the AMS-6000 with an LED confirming the selected band. Inasmuch as the TDFM-600/6000 can only display information regarding a single band at any given time, the AMS-6000 will enhance operator awareness by providing receive indication on up to three bands simultaneously. Additionally, the AMS-6000 provides support for simulcast for up to three bands and cross band repeat in either the "combined radio" or "separate radio" modes. Also, a convenient front panel connector is provided on the AMS-6000 which allows for operating channel information for up to 255 channels per band to be downloaded from a PC. The same connector supports encryption key loading for any or all of the TDFM-600/6000 transceiver modules which have encryption options installed.