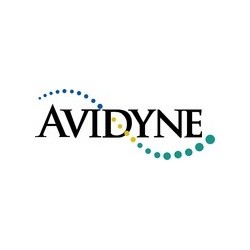 “When it comes to flying from here to there under the guidance of glass, the Entegra is simply easier to use.” - Aviation Consumer March 2006

Virtually all new air-transport and high-end business jet aircraft are delivered with integrated flight deck systems because of their enhanced safety, capability, and reliability. Avidyne revolutionized general aviation aircraft by delivering the Entegra integrated flight deck, and with it, providing all of the same safety, capability, and reliability benefits of air transport flight decks, but at cost and weight that meets general aviation requirements.

The Future is Now

Featuring large-format, flat panel liquid-crystal displays integrating virtually all instruments and gauges from today’s panels, Avidyne’s Entegra dramatically reduces pilot workload, while also saving weight and space. Entegra provides you with a new level of situational awareness, safety, and reliability. All at incredible savings over what you would expect to pay for a typical EFIS system.

The fully-integrated design of Entegra makes it ideal for high-performance singles, piston twins, turboprops, and light jets. Several original equipment manufacturers (OEMs) are integrating Entegra into their new production aircraft, setting off a wave of integrated flight deck technology adoption not seen since the migration of EFIS from air transport to business jets. Entering the second century of aviation, integrated flight decks are the standard for new GA aircraft, and Entegra is leading way.