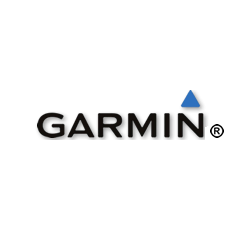 Leading the way with ADS-B

By utilizing touchscreen controls, the G5000 eliminates visual clutter. A whole host of mechanical knobs, buttons and selector switches have been removed from the cockpit. Instead, you’re presented with a series of large, WXGA high-resolution displays. Each all-purpose display can function independently as a Primary Flight Display (PFD) or Multifunction Display (MFD). These displays can also function in multi-pane mode, displaying both PFD and MFD side-by-side on the same screen.

As the first general aviation transponder to receive TSO-C166a authorization for 1090 MHz extended squitter transmission, Garmin’s GTX 330 ES improves upon the existing transponder query system – while working seamlessly with existing ATC protocols. The ADS-B reports provide ground controllers with considerably faster updates than traditional radar. And by simultaneously broadcasting this information to TAS or TCAS equipped pilots, it enables them to essentially see the same traffic picture for their location that ATC is watching on the ground. Thus, with everyone in the ADS-B loop watching and reacting to the same flight trajectories, safe separation is far easier to maintain.

All the features of Garmin’s standard GTX 330 transponder are retained in the ES version: Solid-state design, 250-watt transmitter, remote ident and auto standby, altitude monitor with voice alerts, TIS traffic interface, and an easy-to-read LCD display that reverses its numbers out of black for optimal viewing in all lighting conditions. A dedicated VFR squawk code button makes entering the numbers quick and easy. And a variety of useful timing and display functions include flight time, count-up and count-down timers, plus current pressure altitude. The GTX 330 can also be used to satisfy the European mandate for Mode S level 2 surveillance. And an antenna diversity option is added with the GTX 330D – for improved air-to-air surveillance of TCAS-equipped aircraft flying above you.